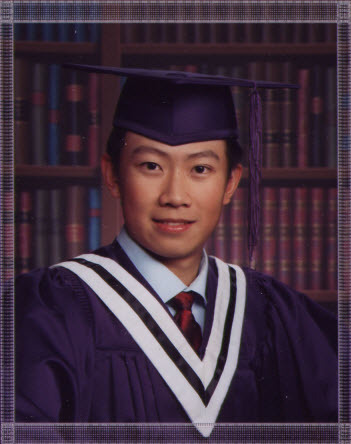 During my years at Elgin Park Secondary School (2000-2005) it was a relatively new school with roughly 1200 students.

Elgin Park offered AP (Advanced Placement) courses instead of IB (International Baccalaureate) courses.  When I graduated, I held the record for the most AP courses taken at the school (a whopping 4… but consider they only offered 5, and the 5th course conflicted with one of the other AP courses I wanted to take).  Those AP courses were: Calculus AB, English Literature, English Writing, and French.

Aside from AP, I took the majority of senior courses offered, including History 12, Law 12, Physics 12, Chemistry 12, plus some co-op work placements.  In the Math 12 and English 12 provincial exams, I received 100% and 98% respectively.

One major aspect of my extra-curricular life was Student Council.  I was involved since grade 10 as junior grades rep, grade 11 as media and promotions officer and eventually president in grade 12.  The year I was president, we were able to raise $33,000 for disaster relief in Thailand after the 2004 tsunami.  We also sold out every single one of our dances, tripled donations during our Christmas can drive, quadrupled carnation sales during Valentines, and even inaugurated the 31-hour Hunger for Humanity that still runs to this day.

Other extracurriculars included Peer Leadership Council in grade 11, where I helped the incoming grade 8′s get to know the school.  I was also a part of the photography club, grad council, and even represented Elgin Park at the district 5-year planning council with the Surrey District School Board.

I was on the volleyball team from grade 8 to graduation (with the exception of grade 11) playing setter and outside hitter.  Our coach was Sharon Carter, who was famous for coaching championship teams for B.C. and Canada.  Though we were ranked 3rd going into the provincial playoffs, we ended up in 4th place.

I was also the coach and captain of the badminton team and got silver in the Surrey Finals one year, losing to my good friend David Huang (who is a provincial gold medalist, so I kind of saw it coming).

Aside from my personal violin and orchestra studies outside of school, I participated heavily in Jazz Band playing my Alto Saxophone.  From grade 8 all through to grade 12 (graduation) I have played in every single Stage Band, Concert Band, and even started a Jazz Combo.  Band brought me travelling to places such as Montreal, Quebec City, Calgary, and even Moscow, Idaho.

David Wen
Entrepreneur, software developer, management consultant. He started backpacking when he was 16 years old.Subscribe to his musings.
Read next
Queen's University
At the time of writing, Queen’s Universityis my current home – physically and intellectually. I’m a Candidate for the Bachelor’s of Commerce, and...
3 min read ⋅ About me: Education section