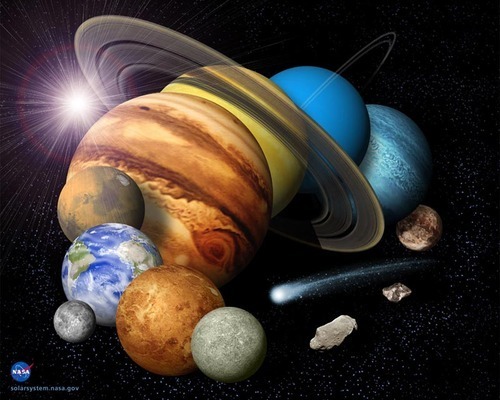 2 min read ⋅ Feb 26, 2013
@@all_planets
If coders created the universe, our solar system would probably be included as aclass variable.  Why?  Because then, when we discovered that Pluto was not a planet, we could simply change that one variable and all the books and websites in the world would automatically update.

It’s kinda neat to think what the universe would look like if coders created it.  Would everything be structured?  Would there be art?  Would one person always be clearly better or worse or equal equal to the person next to him?  The second equal was intentional.  Would jokes like that be funny?

I think the deepest learning occurs for me when intense curiosity meets intense practice.  Intense is like what you see on Wikipedia discussion pages, where people passionately argue for the truth.  Curiosity is like a child simply being fascinated by his surroundings, requiring no further stimulants than the wonders of the natural world as they stand.  And practice is like the times you spent playing the same thing over and over again before you looked up and realized you missed dinner.

Juggling those three things is no easy task, but I hope I can keep the show going while I’m here.  Maybe when I’m done, the class variable “David Wen” can be easily replaced with “David Wen, developer extraordinaire”!

David Wen
Entrepreneur, software developer, management consultant. He prefers appetizers to drinks.Subscribe to his musings.
Read next
With the spirit of the dragon and the horse
On Saturday, I attended the famous Chinese New Year parade in San Francisco. Apparently over 600,000 firecrackers were set off! We got there early...
2 min read ⋅ Feb 25, 2013