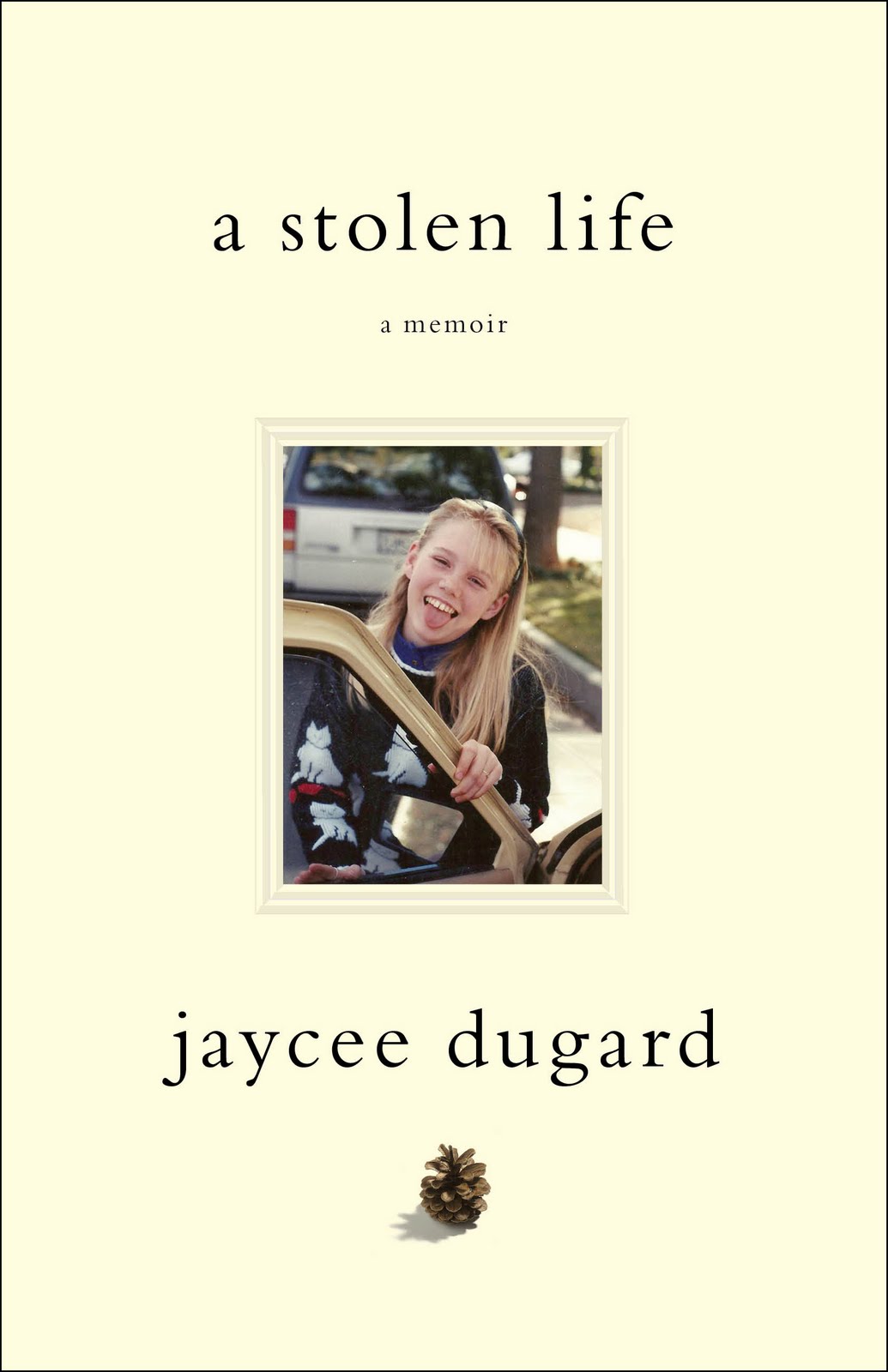 When I saw this book in Chapters, with the picture of the innocent little girl on the cover, I knew what it would be about. I knew I would be disgusted and I knew it would be one of those books that would make me keep muttering, "Oh my God...". But something about it kept tugging at me, and one day I just decided to buy it, telling myself that knowing is better than not, and that if the author was strong enough to tell the story, she at least deserves an audience.

Jaycee Lee Dugard was kidnapped by Phillip Craig Garrido and his wife Nancy Garrido when she was just 11 years old. She remained in captivity for 18 years, suffering not only sexual abuse, but mental abuse as well. I won't go into the details (which she does in the book...) but she also gives birth to two children during her captivity.

Just think about that for a second. 18 years. 18 years is the same amount of time from when I was born to when I attended university. Her kids, when they were found, were 15 and 11 years old - all of those years spent in a tiny shed in the backyard of a psychopath (who is currently serving 431 years in prison).

I'll recount a few things from the book that stuck out to me as things that I didn't expect in a book like this. And also because I don't want to recount the things that I did expect in a book like this. Anyways, Duggard speaks of an incredible boredom that she was forced to endure. Image being in a tiny room - sometimes handcuffed to the bed - with no connection to the outside world. The only person you can talk to was your tormentor and his accomplice wife. And a cat, whom she loved. For 18 years. She talks about the relief she sometimes felt when she was able to talk to the Garrido's, and how wrong it felt at the same time, since they were the cause of her nightmare. Of all the things I expected, I did not expect boredom, but it makes sense now.

Another thing I'll remember is Duggard's determination and sheer will power that never ceased - over 18 years. She wrote consistently and worked hard to bring up her two children by reading to them and teaching them with whatever she could beg from her captors. She never lost hope that she would see her mother again. And she did see her again. She persisted through unimaginable atrocities and still had enough in her to care for others - and herself.

Lastly, I always wondered if kidnapped people would just run around screaming "I've been kidnapped! Help!" the first opportunity they got. I mean, why wouldn't they? Duggard didn't, and she explained very well why. After a few years, her captors started bringing her out into society once in a while, to go to Walmart, or to see a doctor (one of those places that didn't check for ID or ask too many questions). She said she didn't cry for help because she was so scared of what her kidnappers would do to her. I never thought of that. Not only to her, but to her children, who might not have always been with her. That makes a lot of sense, and good on her for still having that sort of sense when in such a situation.

I feel like I helped ease Duggard's pain by reading her story, and I hope she's on the path to recovery as she says she is. 18 years. Unbelievable.

David Wen
Entrepreneur, software developer, management consultant. He has an immense Nerf Gun collection.Subscribe to his musings.
Read next
Steve Jobs
This book and the Benjamin Franklin book were the two books I read prior to moving to San Francisco to attend Dev Bootcamp. I figured I would...
Author: Walter Isaacson ⋅ Review: 3 min read ⋅ Pages: 656 (100% read)