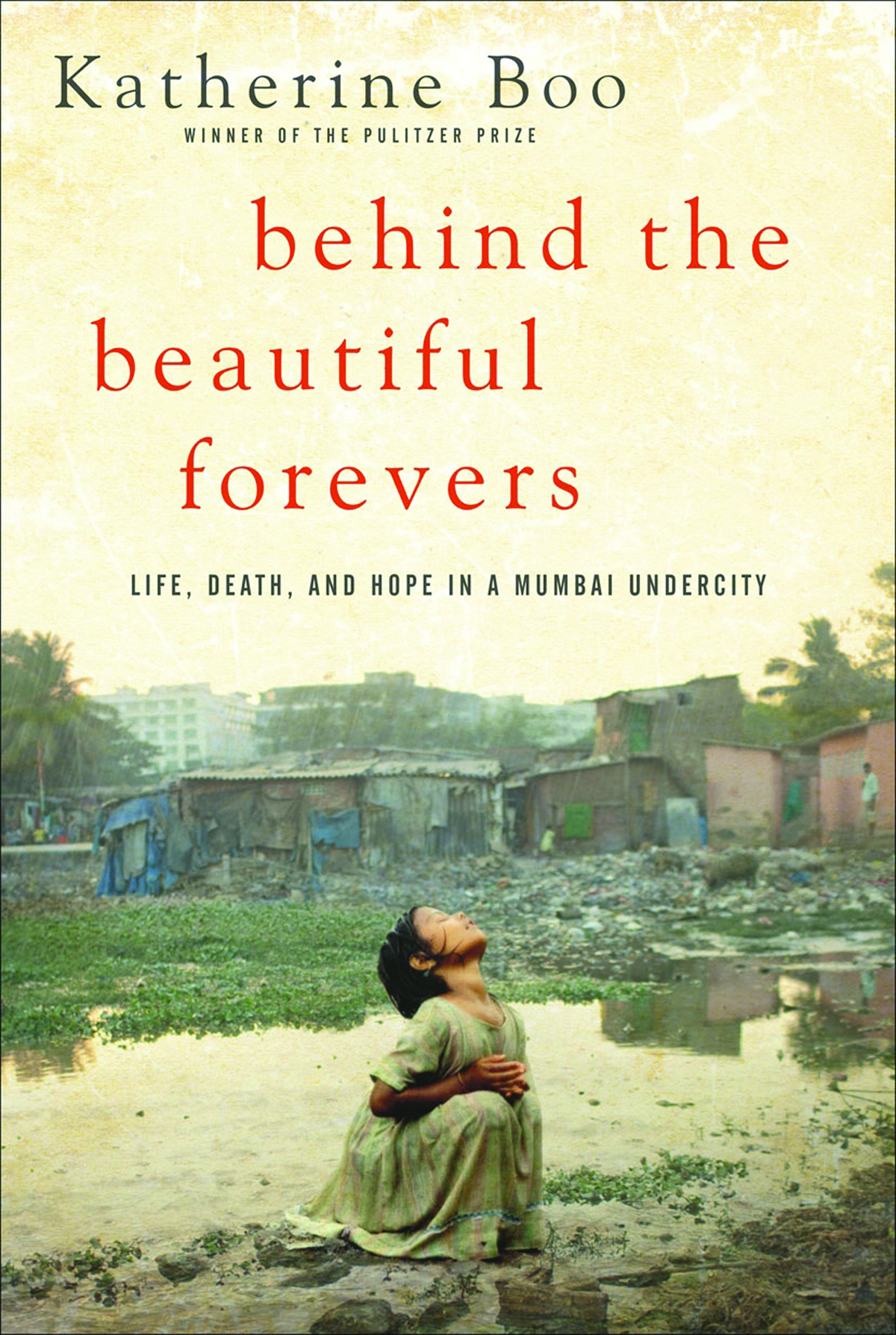 I once met a guy who volunteered for three months in a slum, and when I asked him how it was he said, "It was the worst." Perhaps that really does sum it up.

This is another book that Bill Gates has read, and what's cool is that I guess when you're Bill Gates you can have questions for the author and they're usually happy to answer them. Boo spent three years in a slum in Mumbai, India - I guess it might have been twelve times worse for her than the guy I met.

Something that really stands out for me is Boo's meticulous and seemingly relentless research. She fact-checks everything, despite the difficulty of it. It's not like she can just Google "medical records for orphan in slum with no last name". She has to go to the hospitals, police stations, and jails, often weaving through chaotic and corrupt bureaucratic processes. She sometimes resorts to right-to-information laws to get at what she needs. Then, of course, she also speaks to others in the slum - sometimes multiple times on the same topic - just to make sure she's got as close to the truth as she can. It reminds me of the "PEACE" method, outlined in this NPR article, which is an alternative to the traditional "Good Cop Bad Cop" method of interrogation. The PEACE method stresses information gathering and hinges on the theory that the more lies are told, the more likely they will eventually contradict each other, and only the truth will remain.

The central story is around a muslim family in the Annawadi slum of Mumbai, who have been accused of a crime they did not commit. For most of the book, I was almost certain that this was a work of fiction, and that the author had done lots of good research to make the story seem believable. The reason I felt that was was because everything seemed so unreal to me. I have never experienced poverty so something like catching frogs in sewage ponds for dinner just feels so unbelievable.

Another theme that stuck out for me was the implication that the rich are hard on the poor, and the poor are hard on each other. The book tells many stories of poor policemen extorting bribes from poor slum dwellers, and poor slum dwellers taking advantage of other poor slum dwellers. Every day felt like a Sisyphean task, with nobody being able to break themselves out of the cycle. It's no wonder there are multiple references to rat-poison suicide in the book.

An interesting read, and one that's sure to give you pause about what you already have in your life.

David Wen
Entrepreneur, software developer, management consultant. He prefers appetizers to drinks.Subscribe to his musings.
Read next
The Better Angels of Our Nature
If Bill Gates says it's one of the most important books he's ever read, I think it's at least worth my time to read it. In fact, he even says that...
Author: Steven Pinker ⋅ Review: 5 min read ⋅ Pages: 832 (100% read)