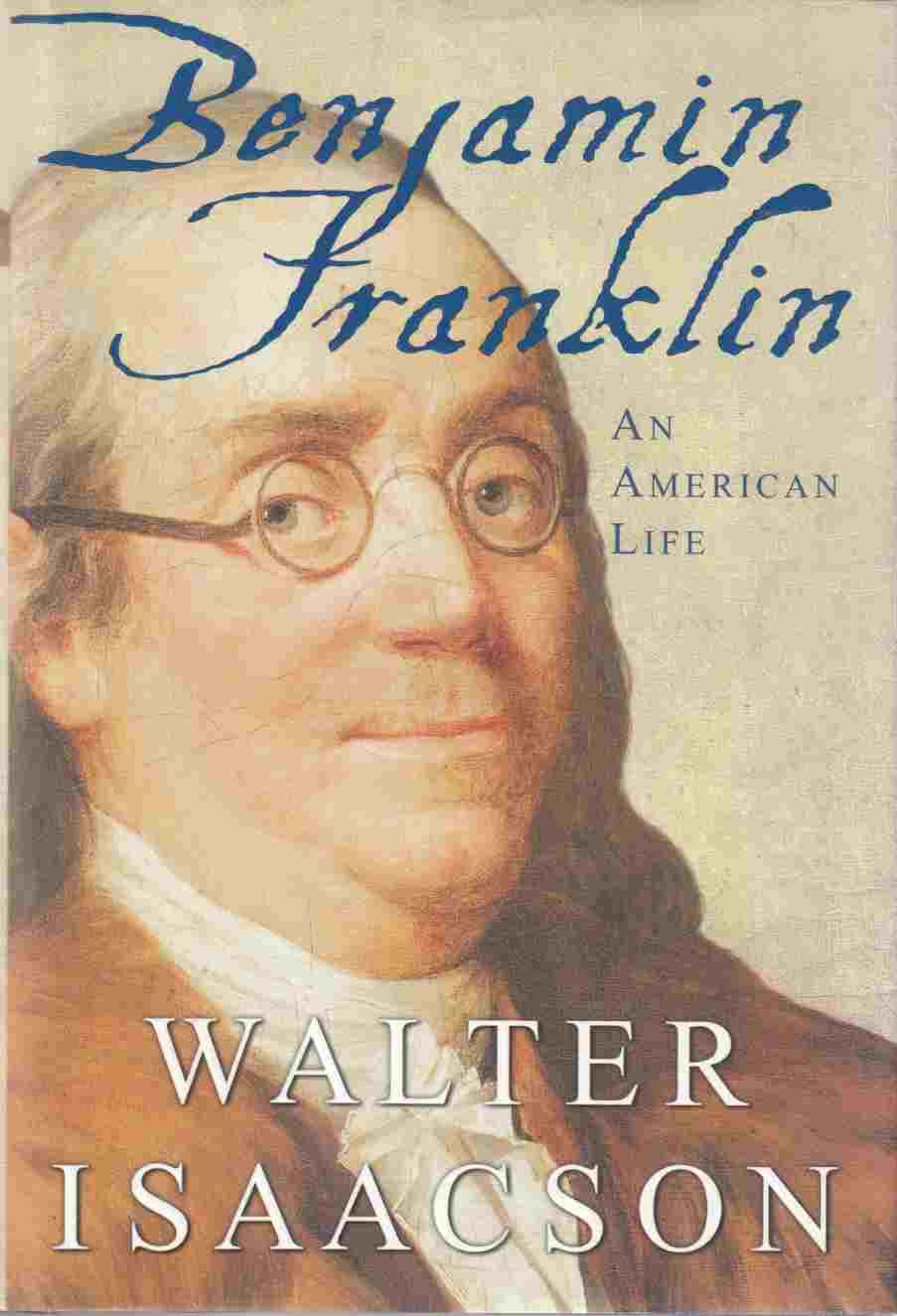 I first heard of Benjamin Franklin in a tape recording I had as a child. These tapes had specific themes - some for famous people, some for the origins of famous sayings, and some for children's tales. My favourite were the ones about famous people. Of course, back then Benjamin Franklin spoke Chinese and never did things like abandon his wife for years on end - including when she passed away.

This book gave a very complete and thorough look at the "First American". Thoroughly researched with meticulous sources, I was left wondering if maybe Benjamin Franklin wrote more letters than I do emails. It's interesting how these correspondences paint a more complete picture of an individual than merely judging one's accomplishments (of which he had many). I particularly enjoyed reading about how he instructed people to run the post office while he was gone and the satires he wrote under the name of "Mrs. Silence Dogood" when he was only a teenager. There's a certain mischievous yet articulate flair that makes you cheer for him while shaking your head thinking "Oh Ben...".

I'm pretty jealous of the fact that he's a polymath. According to Wiki at the time of writing, Benjamin Franklin was a "author, printer, political theorist, politician, postmaster, scientist, musician, inventor, satirist, civic activist, statesman, and diplomat". Not to mention elite chess player. That's more than Iron Man can claim with his, "Genius, billionaire, playboy, philanthropist". As a kid, I copied out his 13 virtues and read them regularly, and once I found them less suiting, they served as an inspiration for me to come up with my own list of virtues to live by.

So whether you're looking to learning about how one man can make such an astounding impact on a nation, or simply looking to read about the guy who flew a kite in a storm, this book will meet your needs.

David Wen
Entrepreneur, software developer, management consultant. He started backpacking when he was 16 years old.Subscribe to his musings.
Read next
Papillon
Henri Charrière, called "Papillon," for the butterfly tattoo on his chest, was convicted in Paris in 1931 of a murder he did not commit. Sentenced...
Author: Henri Charriere ⋅ Review: 1 min read ⋅ Pages: 576 (100% read)