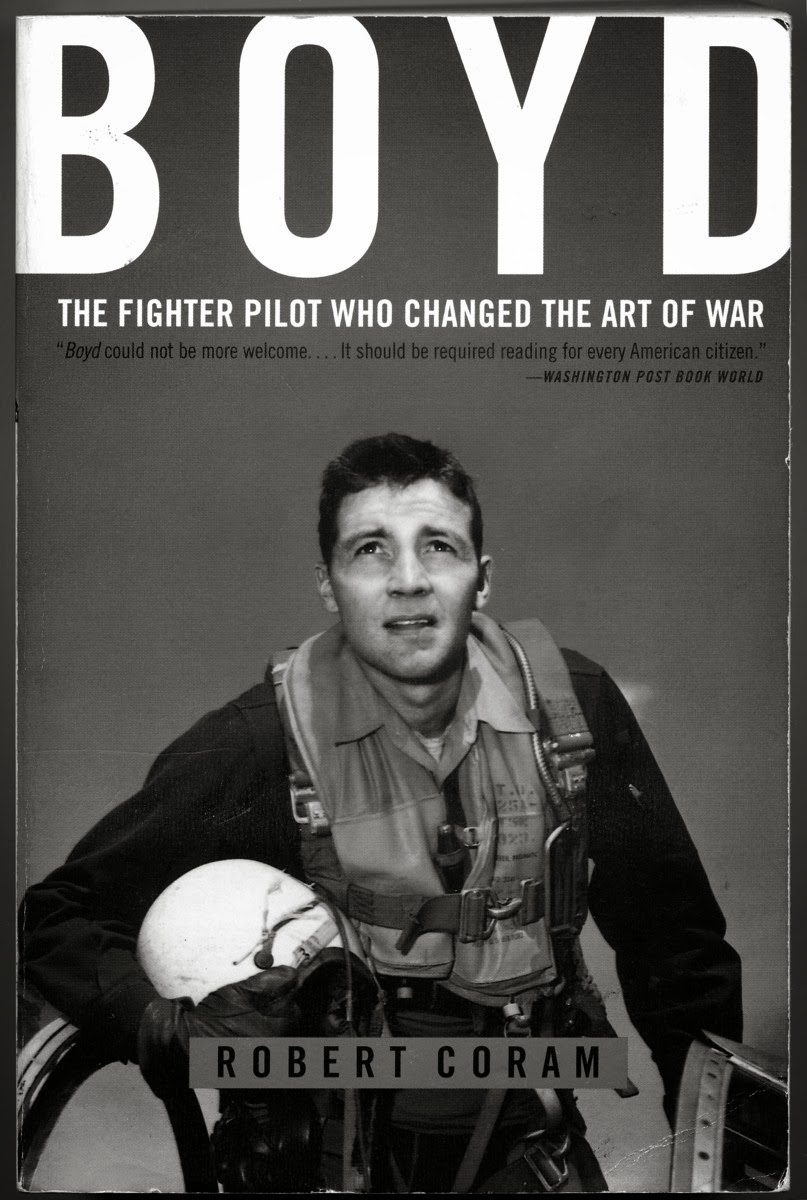 I generally enjoy reading biographies, and this was no exception. John Boyd is not a well-known individual, but he led an interesting and unique life, which allows for the reader to compare and contrast with his own life. It was a bit like Unbroken - a military story of a badass guy who would not give up.

This book also has another characteristic that I enjoy in books, and that is the characteristic of absolute superb skill. Like Peekay in The Power of One, who is super good at boxing, John Boyd is the top of his class when it comes to flying fighter jets. In fact, he was so good, that people nicknamed him "Forty Second Boyd", because he had a standing bet that "beginning from a position of disadvantage, he could defeat any opposing pilot in air combat maneuvering in less than 40 seconds". Despite pilots being notoriously cocky and up for a challenge - of which he received many - John Boyd never lost.

The book's mention of John Boyd's E-M (Energy-Maneuverability) theory of aerial combat and the OODA loop went a bit over my head. Also, it was sad to read about John Boyd's deteriorating family situation while he worked so hard at the Pentagon. It was interesting to read about US military politics, fighter pilot culture, and descriptions of fighter jets engaging in aerial combat - things that I've obviously never known about or experienced.

For a while after reading the book I kept imagining myself "hosing" other aircrafts. Overall, this book left an impression on me of a man extremely dedicated to his craft, did things his own way, and never really got thanked for any of it.