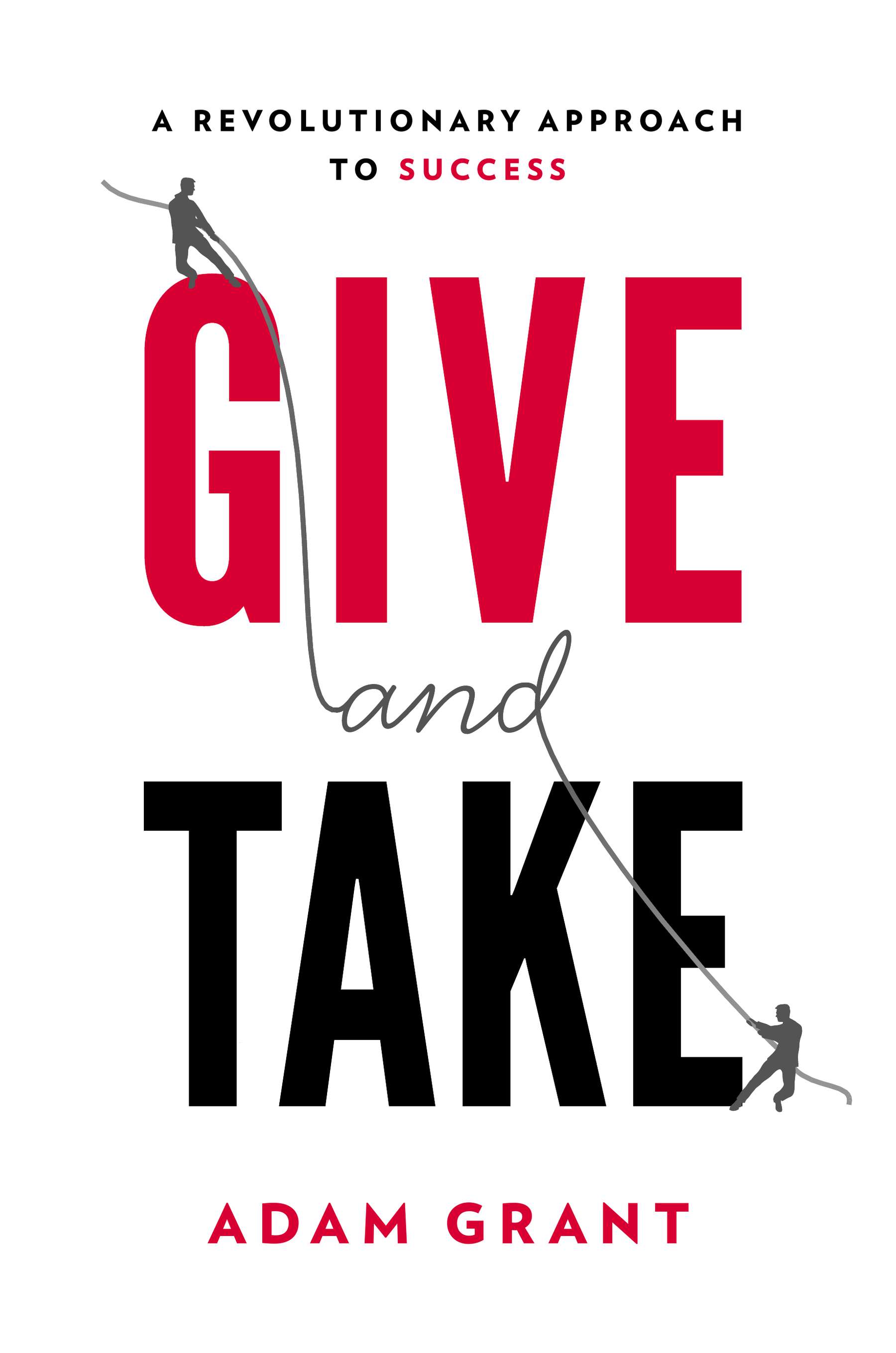 It took a few people mentioning this book to me, plus a video of Adam Grant doing some magic tricks, for me to read this book. I didn't want to read it at first, because I feel like the title and the subtitle already told me everything I needed to know about it.

That said, as I read through it, a few points were quite insightful. For example, Grant mentions that givers are often found performing at the top (expected, based on the premise of the book), but also at the bottom. He mentions how givers often fall trap to giving too much, and that he is dedicating a few chapters of the book on how to avoid that trap.

Grant also describes givers as people who expand the pie, so that everyone gains - including the giver. This ties in with his statement that the highest achieving givers are the ones who give selflessly but also have their own self interests at heart. We often think that giving and your own interests are at opposite ends of the same spectrum, but Grant argues otherwise. This paradigm shift was quite profound for me, and I think it makes the book have more merit than merely another book espousing "Give, and it will come back to you! The world is loving and awesome!" Unfortunately, he goes on to coin this with the term "Otherish", which I don't quite get. I don't have a better alternative though.

I didn't like how salesy the book was at times. The beginning promised many "I can show you how x, the most amazing y, accomplished z", some of which turned out to be less than impressive. It felt sensationalized at times, as if the first chapters were trying to sell the later chapters. I didn't think it needed that as the book has enough merits to sell itself.

Another issue I had was that often times the research he cited would have a statement like, "The givers did this", but then he goes on to say that the givers were determined to be givers based on questionaires. First, I don't think many of the researchers had in mind to design questionaires specifically to categorize people as givers or takers. Secondly, people can always tell when an answer to a question will make you be a giver or a taker. Case in point, do the test on Grant's website, www.giveandtake.com. It's so easy to play the system and come out as a 100% giver. And if being perceived as a giver is a positive thing, as Grant himself notes, I'm sure some takers skew themselves that way on the questionaires.

A few things I will take away include the insight that givers gain energy by receiving positive feedback from their giving. We often think that simple resting helps mitigate burnout, but really, what true givers seek is validation of their work for others. I will also be keeping in mind the concept of expanding the pie for all, and hence gaining more for myself when all is said and done.

This book hit home for me as I started thinking about my current work with Time Auction. At the start, we simply wanted to reward people who did amazing volunteer work. We got nothing out of it beside the satisfaction of having done it. Now, however, organizations are actually paying us to help them run Time Auctions, and it wouldn't have happened if we didn't prove the model by helping other people in the first place.

A worthwhile read, if anything, to remind us to help our fellow human beings. As an aside, Grant also motivated me to start practicing a few magic tricks again, as I can now see a commercial practicality for those skills!

David Wen
Entrepreneur, software developer, management consultant. He collects business cards and makes them into flashcards for Korean vocab.Subscribe to his musings.
Read next
The Rosie Project
This book had me laughing every other page. I couldn't believe how good it was. I even started wishing that the book was longer because I was...
Author: Graeme Simsion ⋅ Review: 2 min read ⋅ Pages: 288 (100% read)