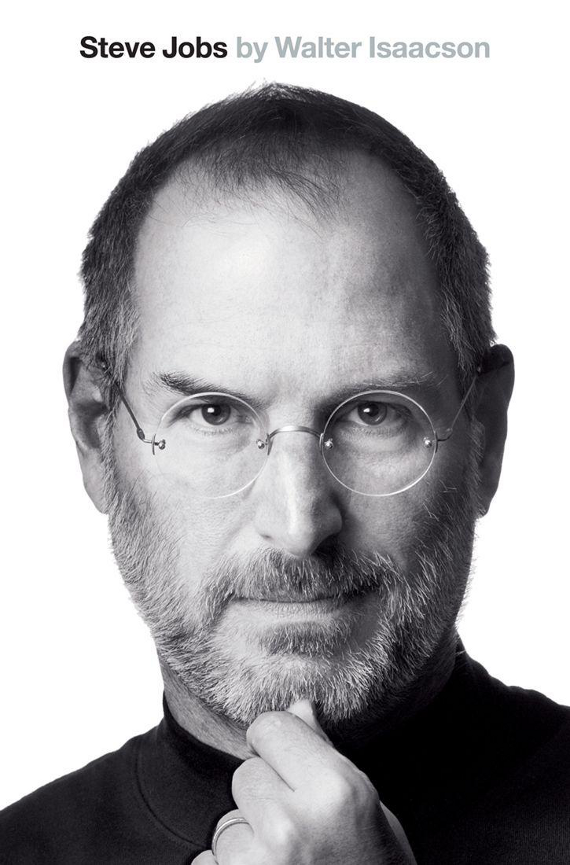 This book and the Benjamin Franklin book were the two books I read prior to moving to San Francisco to attend Dev Bootcamp. I figured I would inspire myself with a couple iconic Americans. This book especially, since I was heading to Silicone Valley - where Steve Jobs began building his empire.

I didn't know much about Steve Jobs. In fact, I didn't know much about Apple, having only bought my first Apple product a few months prior to reading the book (and I only did it because I knew most developers used Apple so it'd be easier to do the same since I was going to be a developer). I had heard stories of how Steve Jobs was adopted, never finished college, and always followed his passions, but I think I was just biased to think that way from his one commencement speech at Stanford in 2005. This book told of a different side of Steve Jobs. By the way, I'm going to keep saying his full name because I don't think I'm cool enough to just call him by either his first or his last name.

For the most part, Steve Jobs apparently didn't want to know how the book was coming along. Which I liked. It would be a shame to read a book with too much spin doctoring, especially for such a revered figure. And this is from a person that Walter Isaacson has identified with being a control freak, often petulant, and stubbornly opinionated. In fact, there was a joke in the book, "What's the difference between Apple and the Boy Scouts?" with the answer being "The Boy Scouts have adult supervision". I guess people often assume that a successful company would be orderly and structured, just like how they may assume that a successful leader like Steve Jobs must be calm and understanding, with strong people skills and clairvoyant foresight. When in fact, he often contradicted his own words, takes credit for other people's ideas, put people down in public, and went on fits of anger to try to bully people to his point of view. He even did it to Jonathan Ive, often considered as important to Apple as Steve Jobs himself.

I mention all these negative things to only portray Steve Jobs as a mortal. Yet, I cannot say he's just like everyone else. He's not. At the end of the day, Steve Jobs is a man of incredible passion, confidence, and influence, and used all three to pull off one of the greatest integrations of technology, design, and behaviour the world has ever seen.

David Wen
Entrepreneur, software developer, management consultant. He enjoys writing letters by hand and sending them by post.Subscribe to his musings.
Read next
Benjamin Franklin: An American Life
I first heard of Benjamin Franklin in a tape recording I had as a child. These tapes had specific themes - some for famous people, some for the...
Author: Walter Isaacson ⋅ Review: 2 min read ⋅ Pages: 608 (100% read)