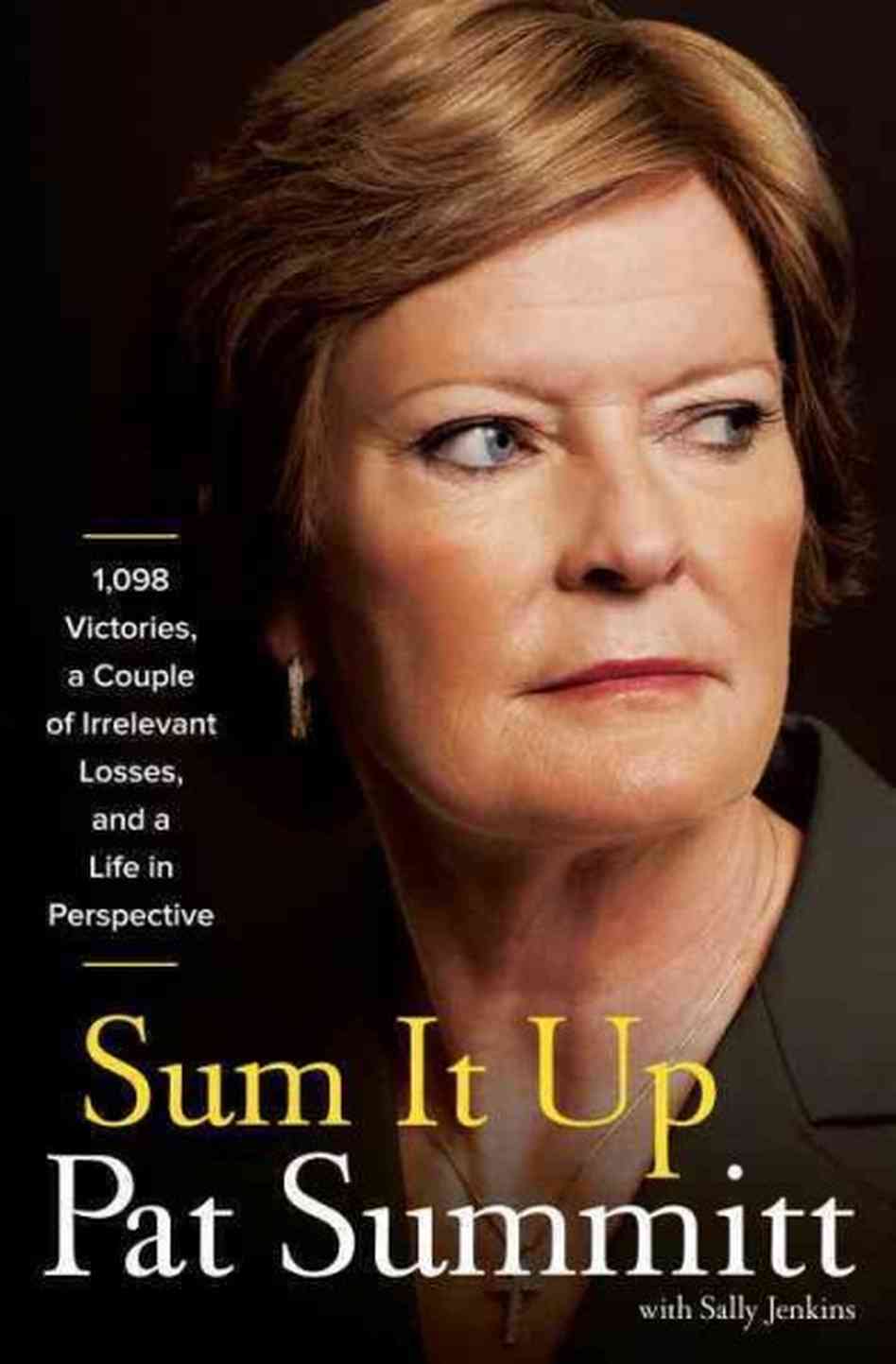 My high school volleyball coach was tough, but even she didn't put garbage cans on the court so that when we wanted to puke we could puke in them and get on with practice. Reading this gave me many flashbacks into my sports-playing days.

My coach also doesn't have early onset Alzheimer's, as Pat Summitt does. Yet, when you read the book, you notice that Summitt doesn't forget any of the scores of her major games, who she played, and what were the turning points in the game. Reading these while knowing that she has Alzheimer's makes you realize how much her teams meant to her, and how basketball is more than just a sport in her life - it was her life. She grew up playing pickup with her older brothers and even co-captained on the USA Olympic team, winning silver in Montreal. She was known for her tenacity and leadership as opposed to her skill and grace, which she readily admits, and is probably quite proud of.

I never thought about how much goes on to manage a college sports team - especially one that does well. Coach Summitt regularly talks about her recruiting efforts in the book. She talks about how getting a scholarship to play for the Lady Vols at the University of Tennessee meant the players had to do well in school as well as on the court. She remembers many players, their personalities, and even the jokes they told. It made me wish I was on a competitive sports team again, to feel that camaraderie and shared goal.

Everything in Summitt's life seemed to revolve around one thing - winning the championship. That sort of unyielding determination is mesmerizing to read and makes you want to kick ass at something each time you put the book down. The book weaves in elements of her personal life aside from her illness, such as her relationship with her father, her attempts at having a child, and her divorce. These stories round out the tough-as-nails persona that Summitt gives off and makes you feel for her more than fear her.

There's really no such thing as "just a sport". What Summitt taught me is that if you think something is "just a ___", you're just not trying hard enough.

David Wen
Entrepreneur, software developer, management consultant. His favourite book is The Power of One.Subscribe to his musings.
Read next
Rework
When my classmates at Dev Bootcamp heard I was into startups, they recommended I read this book, co-written by one of the founders of Ruby on Rails...
Author: Jason Fried and David Heinemeier Hansson ⋅ Review: 2 min read ⋅ Pages: 288 (100% read)