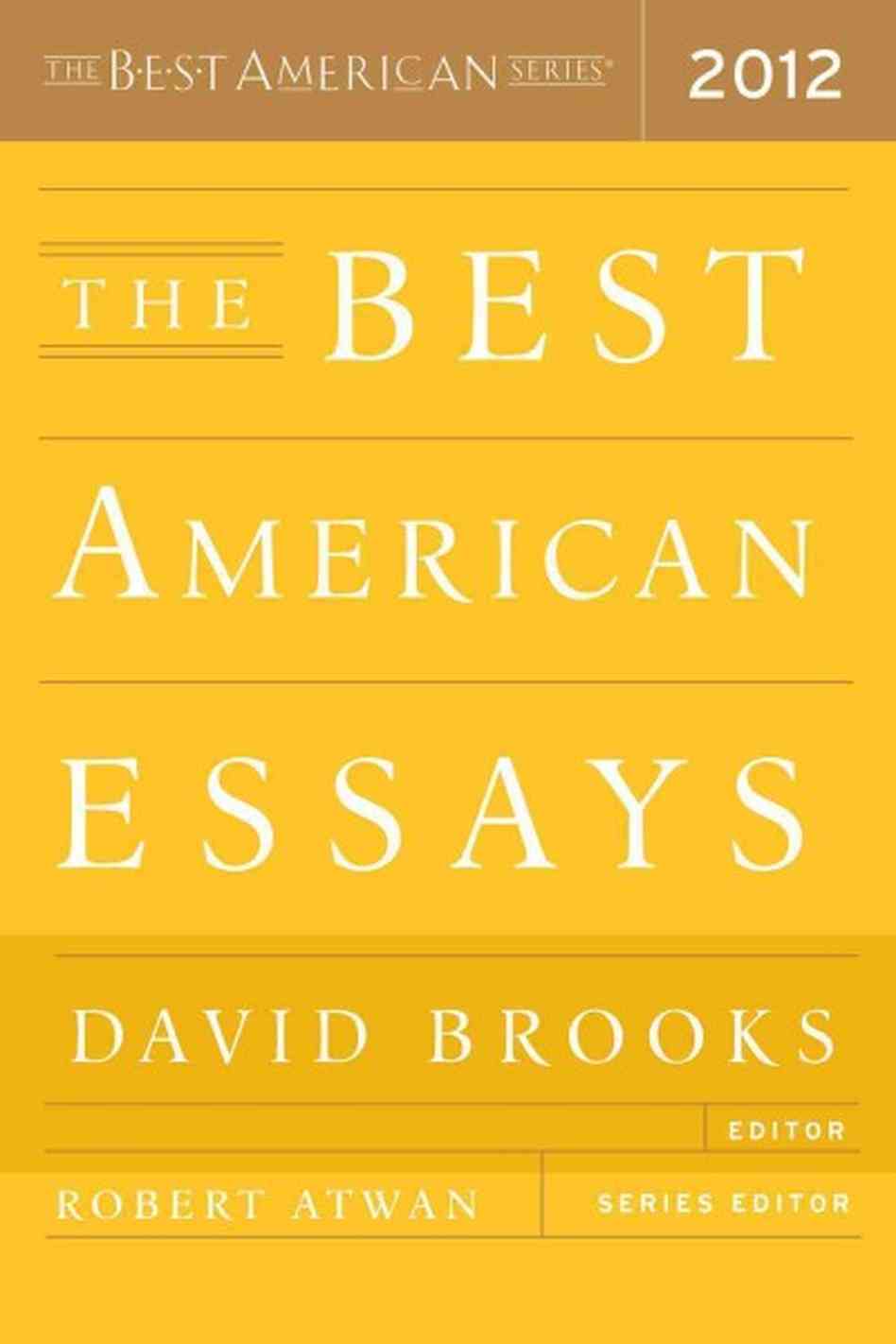 Most kids dreaded essays in high school, but perhaps they just weren't inspired by good ones. I can't image a kid falling asleep while reading about kids dying from cancer at MD Anderson or from the following quote "Fuck filial piety. Fuck grade grubbing. Fuck Ivy League mania. Fuck deference to authority. Fuck humility and hard work. Fuck harmonious relations. Fuck sacrificing for the future. Fuck earnest, striving, middle-class servility." I bet that last one broke a few rules set out by the English teacher, who I doubt could even get nominated for one of the Best American Essays of the year.

The essay is an amazing format to express a thought in just as many words as required, no more. I enjoyed being able to go on a journey through many different realms of life - from exploring grief over the suicide of a friend to exploring menopause. Below are a few that really stood out for me:

There was an essay about an old couple, and it begins with the wife yelling at the husband to get out of the house because she doesn't know him. Of course, you realize quite soon that she has dementia. But what also strikes the reader is that the husband is beyond patient. He repeats, for the 100th time, that he is her husband and that they have been married for more than 50 years. It's short, powerful, and gut-wrenchingly simple. Even reading the wife asking the same questions made me lose my patience. He often has to repeat to her how many children they have together, and has to hide the phone book because other people (family included) were tired of getting her calls in the middle of the night. There are moments when the wife becomes really sad and lonely and you can't help but feel for her. I had to find out if this was a true story, and it is, about a professor in Calgary and his wife with dementia.

Another is the MD Anderson one I talked about earlier. This was written by a teacher who taught kids at MD Anderson, with the gripping opening line of "The children I write with die, no matter how much I love them, no matter how creative they are, no matter how many poems they have written, or how much they want to live." The author talks about being afraid to love the kids because they may not be there the next class. She regularly sees many kids face death or face the death of their friends, and, despite the seeming futility of it all, it's the most important job she's ever had. It's a very gripping account - less of the impact an educator can have than it is about the impact the kids had on the educator.

An essay that stuck out was one written by a doctor who said that if he ever gets diagnosed with a terminal illness, he wishes to just live out the remainder of his life as opposed to face treatment. He says that's how most doctors would prefer to die, because they are the ones that see the toll that some treatments can take on a person. The author writes about his cousin who knew he was going to die soon, and simply did something he wanted to do every single day until one day he just passed away. That's basically the point of the essay. Live.

If you are looking for a good read across a spectrum of topics, give this collection a shot!

David Wen
Entrepreneur, software developer, management consultant. He always does an extra pushup for his friend Andrew.Subscribe to his musings.
Read next
Sum It Up
My high school volleyball coach was tough, but even she didn't put garbage cans on the court so that when we wanted to puke we could puke in them...
Author: Pat Summitt ⋅ Review: 2 min read ⋅ Pages: 416 (100% read)