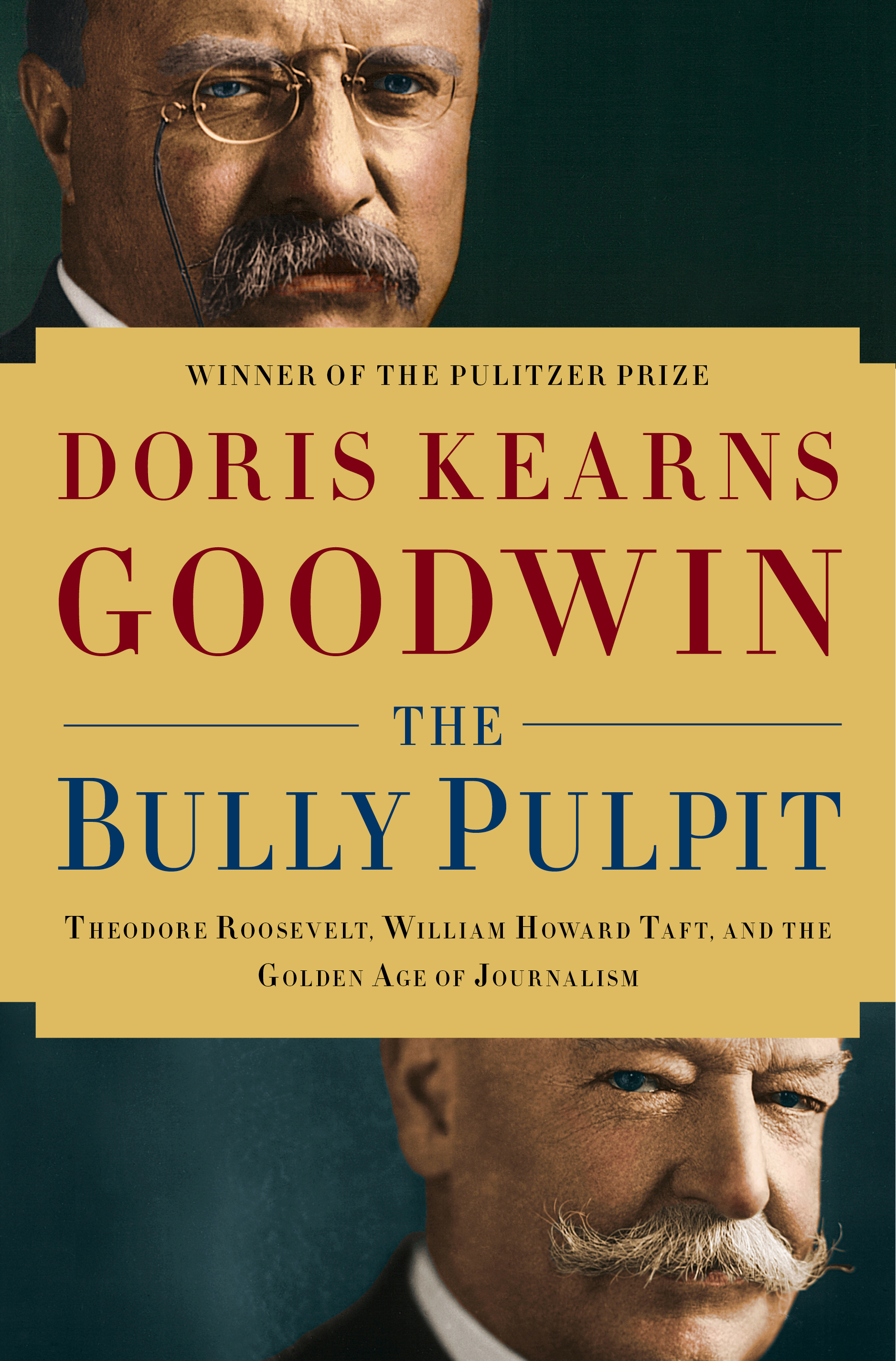 I love reading biographies, which is why I wanted to read this. That said, the book is less about one person than it is about an era, and the relationship between two prominent men and the media. It's a big read, but worth it if you, like me, don't know much about America in the late-1800's to early-1900's. Goodwin does a good job describing the prevailing moods at the time, while weaving in historic events (elections, assassinations, the Titanic sinking, etc.).

Throughout the book, I found myself hoping William Taft would do well as president. Of course, I know he is never mentioned as one of the famous presidents in history, but I was cheering for him because I think I saw many similarities between our styles and personalities. For example, I seek to compromise and make everyone happy. I also tend to think more judicially and do well under structured environments. I wanted him to do well as an extension of myself, and I didn't want to see him falter since that might mean I would also falter if I was placed in a similar position. In hindsight, I should be glad that I connected so much with him, so that I can learn from his actions and discern for myself how I should act in a similar situation. There are some obvious differences between us too, such as the fact that I cannot seem to gain weight if my life depended on it. Or the fact that I don't tend to procrastinate and I quite enjoy public speaking.

As for Teddy Roosevelt, I read the sections on him like an admirer. I shook my head in amazement at the way he charged up San Juan Hill, how he went undercover to bust cops sleeping on the job, or how he insisted on finishing his speech even after getting shot in the chest. I'd love to be Roosevelt, though sometimes I wonder if the outcomes of his risks were different, history would have written a different verdict on him. Then again, perhaps the simple act of me questioning his risk-taking makes me very different from Roosevelt.

Other general nuggets I took away from the book include how I think it's awesome that Roosevelt was not brought up in a school environment; rather, his father let him explore the world however he chose to, and simply supported his curiosities. When Roosevelt wanted to learn about bugs, his dad took him to catch bugs in the forest. If he was curious about Europe, his father took him to long trips throughout Europe. Of course, being wealthy helps. I was also very impressed with Roosevelt's discipline. Two stories stand out for me - one, the fact that he exercises for a couple hours every day in the afternoon, even while being president. And two, his ability to fill every little gap of his time. One story described how in the 30 seconds between one visitor leaving and the next one walking up to his desk, Roosevelt had already pulled out a book on nature and was completely engrossed in it. If a president can find time to stay in shape and read, certainly I can too.

The parts on the journalists were also interesting - particularly to understand the political climate at the time. S. S. McClure's life is also quite fascinating, though sad during its eventual demise. The amount of letters people used to write also blows my mind - sometimes I feel like they write more by hand than I do by email, and yet are able to keep up with it all.

I enjoyed this book very much and would recommend it as an overview of an era as opposed to a biography of any one individual, even though it holds its own on that front as well.

David Wen
Entrepreneur, software developer, management consultant. He likes to talk to his computer when he codes.Subscribe to his musings.
Read next
Business Adventures: Twelve Classic Tales from the World of Wall Street
When Bill Gates and Warren Buffett both say that a book is the best business book they've ever read, you think to yourself, "Maybe I should read...
Author: John Brooks ⋅ Review: 2 min read ⋅ Pages: 468 (100% read)