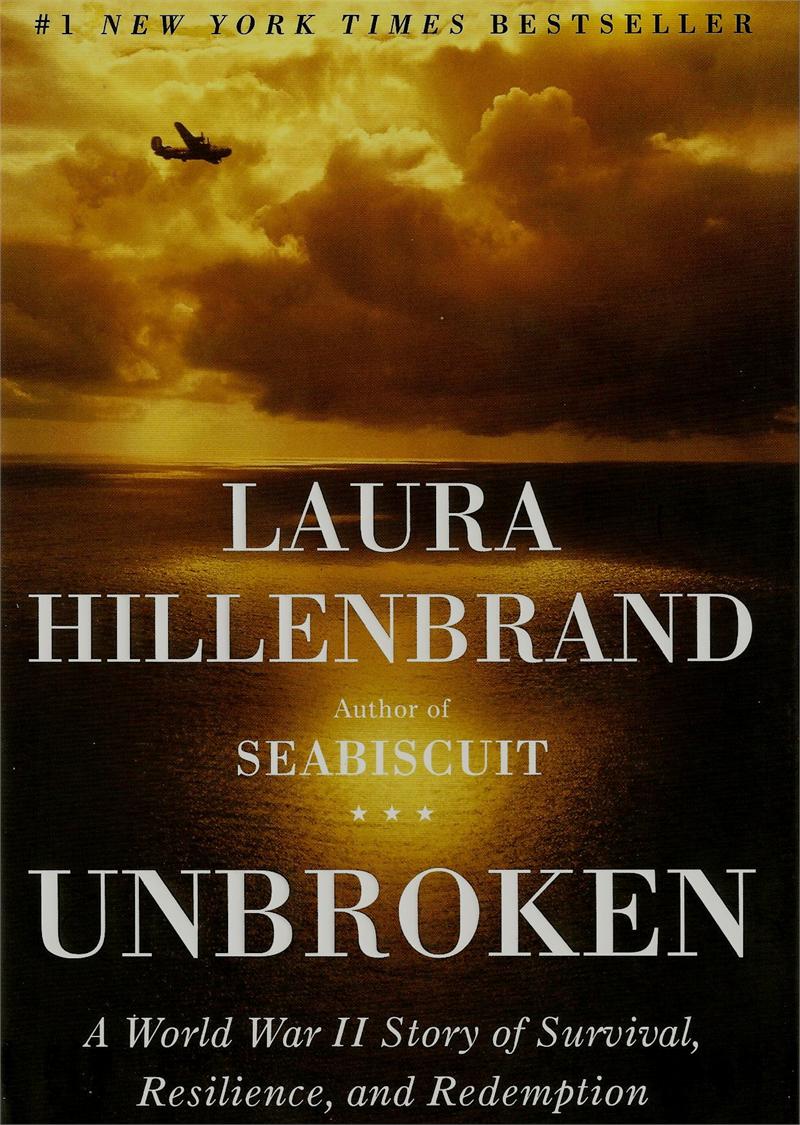 Imagine spending 47 days on a raft in the Pacific Ocean, and the first sign of human life you see starts shooting at you from a plane. Then to top it off, instead of being rescued and rehabilitated, you are picked up and thrown into internment camps as a prisoner of war. This is the real story of Louis Zamperini.

You don't really think about this, but it makes sense. Most aircrafts and machinery during the war were beat up due to... well, war. Hillenbrand says that as many as half of the downed aircraft in the Pacific theatre were due to aircraft maintenance issues - including that of Zamperini and his crew. They were out on a non-combat mission when their plane malfunctioned and down they went. Three survived the crash and over the next 47 days they would fight off heat stroke, hunger, thirst, sharks, and delirium. One of them eventually dies on the raft.

This story reminds me that so much of survival is about how strong your mind is. As soon as that goes, you've got nothing else. Zamperini talks about how people would go crazy on rafts and want to get a drink of water, only to dive into the ocean and never come back up. Zamperini forced everyone to talk to each other, even though they were thirsty. They talked about childhood, their families, anything. Zamperini was quite a handful as a child - often getting into fights and even breaking into houses. Eventually, he channeled his energy into long distance running, and even - ironically - shook hands with Hitler at the Berlin Olympic Games in 1936. Perhaps some of the mental toughness he strengthened during his long distance running helped. This would turn out to be quite the marathon for him.

You'd think the story should be over after he's rescued. But no - in fact, worse. The Japanese were known for their brutal prisoner of war camps, and Zamperini was sent to the worst - Ōfuna, which was for those who weren't registered as POWs, meaning the Red Cross wouldn't check on them because they didn't even know it existed. He was especially tormented by the chief of the camp, Mutsuhiro Watanabe ("the Bird"), who often singled him out and doled out brutal beatings. That said, the little stories that were told about Zamperini's time at the camps can actually be heartwarming. Such as how prisoners communicate between cells, how they smuggle newspapers to read up on the war, and how they all hold their farts so that they can be released in sync with their mandatory solute to Emperor Hirohito.

Not surprisingly, Zamperini is still alive and living it up. At the time of writing, he is 96 years old (born in 1917). When he was 81, he ran a leg of the Nagano Olympic Torch relay in Japan, and while he was there he said he forgave Watanabe and wanted to meet him (which Watanabe declined). He's a born-again Christian and started a charity to help disenfranchised kids get back on their feet - just as he did when he was young. I remember a photo in the book of him riding a skateboard, and he must have been around 80 years old.

When you think you've had it rough in life, and you wonder how you'll pull through, think of Louis Zamperini.