David Wen
Entrepreneur, software developer, management consultant. He used to keep a magnifying glass in his pocket, just in case.Subscribe to his musings. 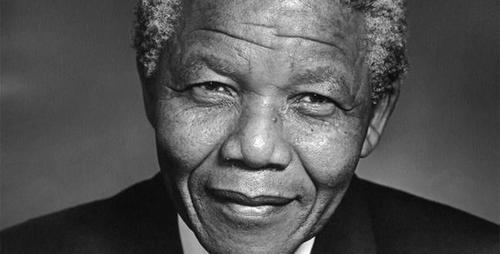 He was not a perfect person, and that’s what makes him even more impressive.  Those who say he was not bitter towards anyone missed one person - F.W. de Klerk.

I must confess I didn’t know of him until reading more into Mandela.  De Klerk was the president before Mandela, and his negotiations with Mandela to end apartheid led to them both being awarded the Nobel Peace Prize.

Then I read this article, with the title: “Mandela was just a man, and that made what he did extraordinary”.  It was fascinating, in that it detailed a person who was just like anyone else - a person who got mad, got disappointed, and released anger inappropriately.  Specifically, the article mentions how Mandela did not think De Klerk deserved the Nobel Peace Prize, since he asserted that De Klerk spent most of his career actually upholding apartheid.  Mandela, further disappointed that De Klerk didn’t acknowledge South Africa’s past cruelties during the acceptance speech, proceeded to snap over dinner in a venomous tirade against apartheid and its past supporters.  Completely out of character - especially in such a celebratory setting - many who were present were taken aback at this side of Mandela they have never seen.

The article goes on, however, to say that just because he still has some bitterness in his heart, doesn’t mean that it should diminish any of the accomplishments he had achieved.  If anything, it goes to show how much he had to conquer and fight himself, and to sacrifice his guilty pleasure of anger and hate, in order to attain a greater goal of democracy and justice for all.

If scientists proved that Mandela was missing a nerve in his brain that made him incapable of anger or bitterness, perhaps we wouldn’t think of him as greatly as we do today.  It is precisely this imperfection that makes him so much stronger in our eyes.  We all have our weaknesses and most of the time we know them - even if we don’t admit it.  To be able to overcome them for the sake of something greater takes an enormous strength that we can all relate to.

At the time of writing, I have lived less years than Mandela was in prison.  If I was to go to jail now and serve his sentence, I would be out when I’m 53.  If, at that time, I can continue forth and accomplish the goals that put me in prison in the first place, and have only one known incident where I’ve snapped at someone, you can call me extraordinary.

You were extraordinary, Mandela.

David Wen
Entrepreneur, software developer, management consultant. He started backpacking when he was 16 years old.Subscribe to his musings.
Read next
For one?
Why do I feel shy about eating alone in a restaurant? I mean, do I feel ashamed if I walk to work alone? Or if I work out alone? What is it about...
2 min read ⋅ Dec 05, 2013