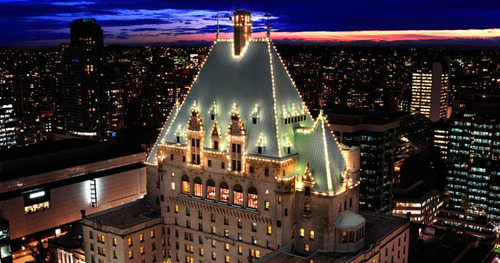 “And then he attacked me with a chain, so I grabbed a mop and went all Bruce Lee on him you know?”  Said the homeless man, whom I shall call Y.  He chatted heartily with us while signing his name on the blank housing papers that will likely all be rejected.  This is due to his unwillingness to be transparent with his source of income - gambling.

Last week I went to check out a volunteering opportunity my girlfriend looked up for us.  It is an outreach program that provides information and resources to help homeless people survive.  During the day they have office hours, and on certain nights of the week, they hit the streets to distribute food, blankets, and other helpful resources.  I’ve been out of the volunteering loop for a bit now, and since I’m in control of my own schedule these days I figured I’d get back into it.  Plus, I’m going to make Time Auction my major project so this is a good way for me to better understand the scene.

It took us awhile to even get a hold of the program manager.  We later learn that he gets about 50 voicemails a day and is constantly out helping clients.  According to Y, “He’s the real deal.  Many people out there - they just pretend to care.  God will judge them - if a judgement day does come.  But him.  He can actually help.”  We sat down with the program manager and started seeing how we could help Y.  Y suffers from severe cellulitis, to the point where his right leg is literally twice the size of his left leg.  He’s overweight (likely diabetic) and smells of damp, unwashed clothing.

Y tells us that he recently got kicked out of a specific social housing unit and has been staying at another one that he absolutely hates, due to the fact that they force-feed him religion along with their aid.  The program manager patiently tells Y of a few new places that have come up and asks if Y would like them.  He refuses to live in North Van (“some gangs are still after me there”), the East Van locations (“I know that landlord, they’re sneaky”), or anywhere that’s too far away.  Initially surprised, I eventually realized that sometimes beggars deserve to be choosers - if they have no respect for themselves, how can they ever turn their life around?

After the paperwork, we give Y a few things to take away.  He’s ecstatic about an old piece of two-wheeled luggage that the program manager gives him.  "Now my doctor’s notes won’t get dirty from the food I put in my bag".  He also takes some canned food and juice.

We decide to drive him back to wherever he wants to go.  As we’re driving through downtown, Y says just up there is fine.  He points to the Fairmont Vancouver City Center, the iconic four-star hotel that sits right in the middle of downtown Vancouver.  He asks us to turn into the valet parking area, where Mercedes SUVs are unloading tourists and luggages carrying people’s getaway gear.  As I help unload Y and his life belongings, I become painfully aware of the stark juxtaposition of wealth and poverty - in my own neighbourhood no less.  Y with his blackened foot, no shoes, and dirty belongings walking away from the glittering four-star hotel.

I start my first shift next Tuesday.

David Wen
Entrepreneur, software developer, management consultant. He wears the number 11 on sports teams.Subscribe to his musings.
Read next
Level up
There’s a Chinese card game called Sheng Ji (升級) that I believe is a great combination of teamwork, intelligence, signalling, and probability. As...
3 min read ⋅ Dec 09, 2013