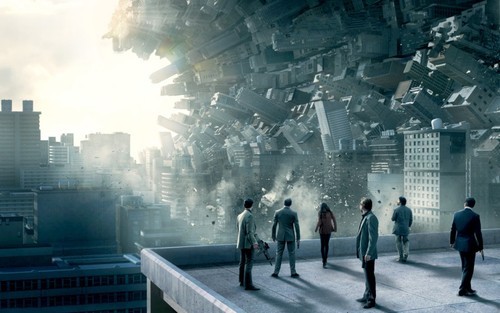 You are an IKEAn.  You don’t know why, but you were born in IKEA.  You live in a beautiful room with furniture named after Scandinavian people.  None of your appliances work and it takes awhile to find an unused toilet.  But you like it.  Or more accurately, you accept it, because there’s no where else you can go and no other world that you know of.

I believe there’s a recent theme in successful books and movies.  The theme is that an author will make up a world without explanation and write about how humans would act if that world was real.  My examples are Hunger Games,Inception, and In Time.  In the former, kids for some reason need to fight each other to the death*.  In the latter two, people can enter other people’s dreams or use time for money.  All are far-fetched, yet all were rather successful at piquing people’s interest.

I believe this is an excellent exercise for aspiring writers.  It helps you immerse in an environment and think about basic human nature and how people would act in certain situations.  This would also help aspiring entrepreneurs who seek to understand consumer behaviours in an ever-changing world.  What products would people need if teleportation was possible?  What if everyone grew a third arm?

Maybe by stepping into a fake world, you can seed yourself with a real idea.

*Yes, I know the whole reminder of the rebellion stuff… but that goes against my point

David Wen
Entrepreneur, software developer, management consultant. He once rented an apartment for $67 a month, in Canada.Subscribe to his musings.
Read next
Blindness the Book – Review
Which sense is most important to us? This week’s Wen’s Day reflection has me thinking about the book I’m reading – Blindness, by Jose Saramago....
3 min read ⋅ Mar 23, 2011