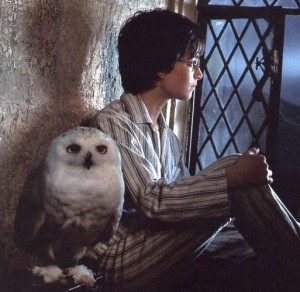 Today there was a person sitting on the pavement outside my apartment.  He was sitting on the street corner, just staring at cars go by.  There was slight rain, and cars drove into potholes full of water that splashed precariously close to this man.  His hair flowed swiftly with the wind in contrast to his steady gaze… like a lost soul with his thoughts blowing away.  It might seem like he’s a homeless man.

But of course, there were signs that he wasn’t.  You first notice that he is holding an electronic device in his hand.  It looks like a Blackberry.  Then you think, my goodness, he’s in a full business suit.  There’s a laptop case next to him, with presumably, a laptop inside.  It’s interesting how one can manipulate the dissemination of information to create the stories they want to tell.

The real story behind the guy is that he lived in my building.  He bought a textbook on eBay that was being shipped by UPS, except his room’s buzzer broke (a.k.a. he didn’t want to pay for a land-line phone), so the UPS guy didn’t drop it off yesterday.  When he called back, they said for him to wait outside his apartment at around 1:00p.m. and hope for the UPS guy to come by again.  He had important company information sessions to go to that night so he dressed to impress.  He decided to wait outside before heading onwards to school, which is why he was sitting on the sidewalk scanning cars to see if any of them were the brown UPS truck.

And yes, that guy was me.  And yes, those were the thoughts going through my head as I sat there.  I thought of how people’s perceptions of me change in an instant when I describe the meaningless clothes on my back.  My second idea for a charity is to give homeless people designer clothes so that people won’t think less of them purely on appearance and hence increase their employment opportunities (called müB which is “Bum” backwards with the two dots for style).  I’ll save my first charity idea for (another) rainy day.

David Wen
Entrepreneur, software developer, management consultant. He once killed 10,000 newborn chicks for charity.Subscribe to his musings.
Read next
What’d Ya Learn at School Today?
What’s something you’d never expect to do in the middle of a university Commerce class?A. Drink coffee and eat cookies;B. Think about how cool it...
2 min read ⋅ Sep 16, 2009