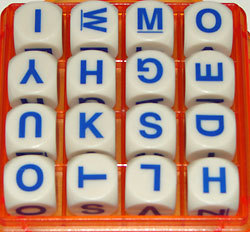 How does one define respect?  On Thursday, we had a speaker called Dale Stephens who has incredible credentials, having been one of the coveted Thiel Fellows.  He talked about his project, UnCollege, which (as the name suggests) promotes itself as an alternative to traditional higher education.  To say the least, he got torn apart during Q&A.  He took a stance that went so far as to say (in answer to my question) “public education does you harm” while later saying that “public education might be good for some people”.

I left before the mayhem ended (one of the more amusing questions was – “what’s a hypothetical path to a neurosurgeon in your world with no colleges?”).  Beyond questioning the value of school, I also questioned whether we were respecting this speaker or not.  He is clearly very busy and had volunteered to do the talk.  Why did we tear him apart?  I think the answer is that just because we tore him apart, that doesn’t mean we didn’t respect him.  If we had patronized him because he was a decorated speaker, would that be respect?  Is withholding truth, respect?

I was once told that if you were the world’s best at something and there were no competitors, you would be very lonely.  A person of true merit does not fear competitors, but instead welcomes them in order to better himself.  Similarly, a person who is truly passionate about his life’s work should be open to criticism in order to strengthen his work.  Sun Tzu respected his enemies so that he would never underestimate them.  I respected the Boggle puzzle we had to do at Dev Bootcamp.  In fact, I may never again judge a game as too simple.

Maybe respect is when people see merit without the harmful effects of social norms, prejudice, or mal-intent.

David Wen
Entrepreneur, software developer, management consultant. He likes to talk to his computer when he codes.Subscribe to his musings.
Read next
Look at yourself
Has someone ever asked you to look deep within yourself? That would be a wild ride. Not only because of the dark secrets you might hold, but also...
2 min read ⋅ Feb 21, 2013