David Wen
Entrepreneur, software developer, management consultant. He keeps a ukulele by his desk, just in case.Subscribe to his musings. 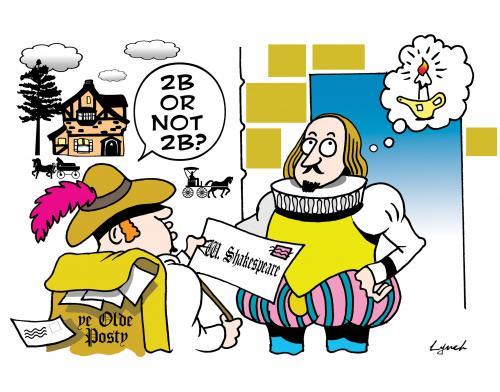 That is the question.  Whether ‘tis nobler in the mind to suffer the errors and alerts of outrageous code, or to take arms against a sea of bugs?

By figuring out a question by yourself, you grow not only in understanding the answer, but also, you are likely to understand the answer more fully because you filled in the gaps yourself, and there’s no room to “uh-huh” your way by something.  Additionally, you gain a bit more confidence that any future question can also be resolved by yourself.

By asking someone else you save time.

So what shall it be?  For a long while now, I’ve been trying to figure out some optimizations for my FlyShortcut app.  I’ve been trying and trying and I’ve come to what I thought was the best possible solution.  Then yesterday, at a Ruby meetup, a guy called Caleb Buxton said that he’d be up for pairing if anyone wanted to pair with him.  He also had a cool moustache.  I gave him my FlyShortcut problem and he thought about it for about 2 minutes and gave me an answer that blew me away.  It was so simple, so elegant, that I knew it before he finished.  And yet I wouldn’t have known it if he didn’t start.

I think maybe the best approach is to do enough digging to know that your question is not a stupid one.  By doing that, you may have solved your problem already, since often questions are stupid (at least mine are).  And, if at that point, you’ve asked your friend Google and he’s not getting it, perhaps there’s no shame in asking.

There’s no right answer.  As Hamlet says, “Though this be madness, yet there is method in ’t.”

David Wen
Entrepreneur, software developer, management consultant. He has skydived before.Subscribe to his musings.
Read next
Curiosity and utility
Curiosity is an interesting thing. The purpose of it is purely to understand, and not necessarily make anything of the information gained. Utility,...
2 min read ⋅ Apr 06, 2013