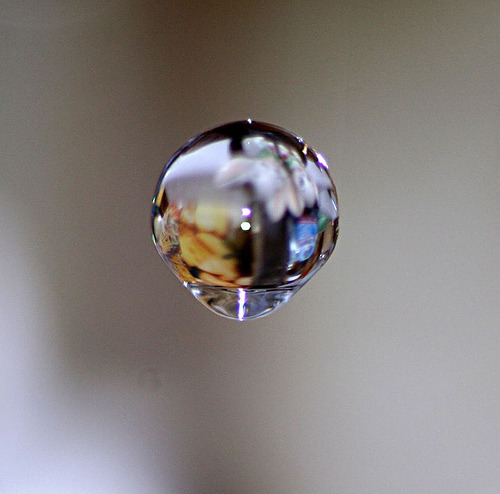 Most people know Helen Keller, the deafblind American author, activist, and lecturer.  There’s a famous story about her, where her teacher, Anne Sullivan, taught Keller the meaning of water by running water over her hands.  Her name came up in conversation the other day, and it got me thinking about how lucky I was lucky in that sense (no pun intended).

It also might include the ability to communicate to some higher being.  Perhaps those who believe in a religion have searched all their lives for meaning around them.  They might go through every day with water running over their hands, but still have no inclination what it might mean.  There’s not always a teacher there to tell us the meaning of that cool liquid sensation.  What is this thing called violence, and why do we inflict it upon each other?  What is love, and why are people willing to do anything in the name of it?  How can you describe sight to someone who has never seen?  How can spirituality be explained to us, the people of the world, if we only have five senses?

Maybe that is why religion seems so confusing at times, because it is written in a language nobody fully speaks – describing a sense nobody has.

If the world was blind – we’d constantly be searching.  And we are.

David Wen
Entrepreneur, software developer, management consultant. He has an immense Nerf Gun collection.Subscribe to his musings.
Read next
How hard is it to write spam?
Title: New e-mailContent:Hey all! This is my new e-mail account – my last account was clogged with spam… that’s what I get for using Hotmail since...
1 min read ⋅ Jan 28, 2011